Bank Of England’s Fifth Interest Rate Hike In A Row 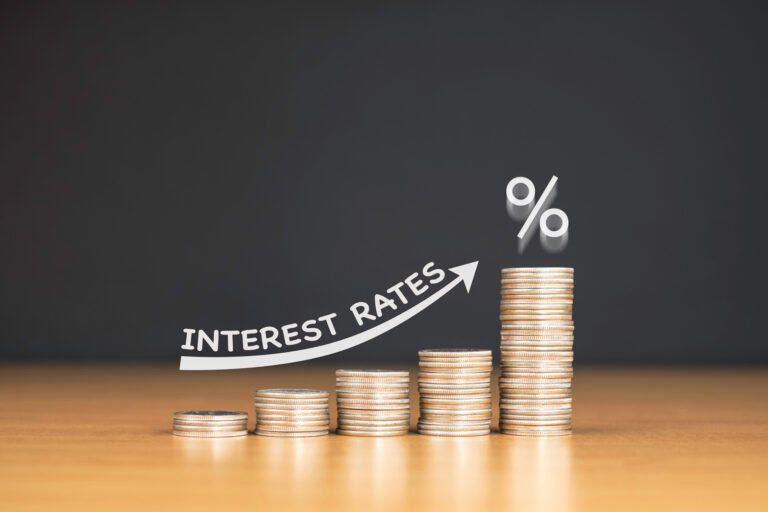 Highlight the text in the article to activate the speech reader function.

For the fifth time in a row, the Bank of England (BoE) announced another hike in interest base rate by a quarter-point, now totaling to 1.25 per cent, to battle the robust inflation and shrinking UK economy. This hike has been the first to exceed the 1 per cent base rate since 2009, as well as the highest basis point (bp) for more than a decade.

The Monetary Policy Committee (MPC) has been tasked to control inflation by around 2 per cent as much as possible. Six of the nine MPC members voted for a 1.25 increase in the base rate of interest, considering the price pressures, increasing costs, and labour shortages. The remaining three members voted for a more hawkish approach, a 0.5-point rise.

An increase in interest rate would reduce demand and put a brake on the ever-accelerating prices. The Bank hopes that it prevents inflation from going beyond control and becoming a cycle—such that people expect price increase all the time and then prices continue to surge up, leading to a cycle of inflation.

But it turns out that as per history and theory, the best cure for high prices is high prices. The Bank may have only one lever to pull, and that is increasing the interest rates, but history-wise, it was a great tool proven to have tamed the past recession, effectively pulling the demand back in line with supply. 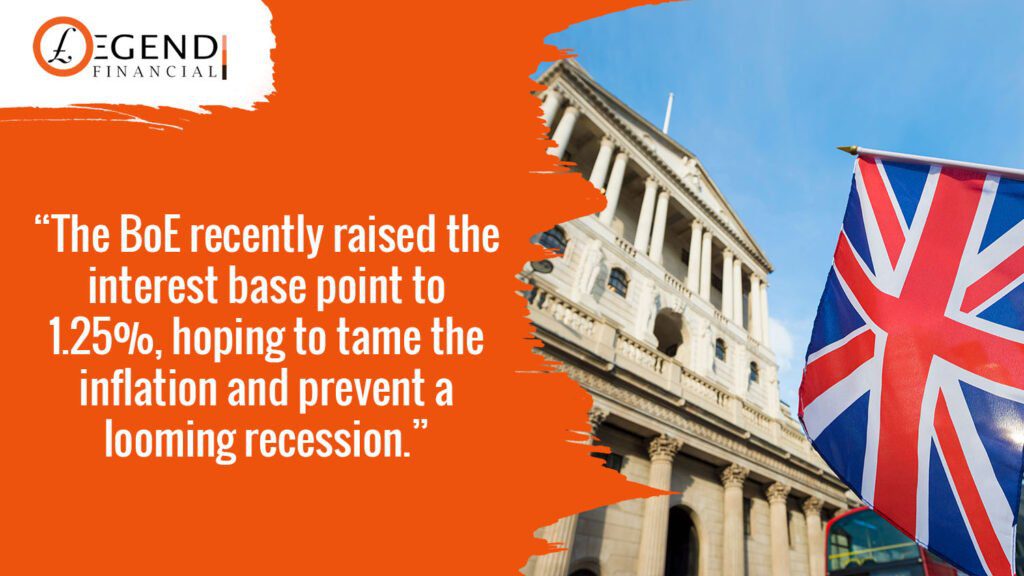 However, no matter what the Bank’s decisions over interest rates are, they will always be met with criticism. Several experts and market participants blurt out that a .25-point rise is a dovish approach, very much lagging behind the huge leap taken by the US’s Federal Reserve (Fed), which is at .75.

Hawkers, seeing solutions in aggressive leaps, demand a more radical approach, believing that the fifth hike (or BoE’s usual .25-point rise) is just tinkering around the edges of the problem, not really solving it. They go on to comment that slamming the brakes more quickly is the best next step. But it’s actually just slamming the brakes on an economy that is gradually facing a downfall by itself, other commentators would say.

But there is a reason for the six MPC members to choose to gently tap the brake against booming inflation. Whist they anticipate that the GDP, as a whole, will shrink over the second quarter, the majority sees hope in the third, a certain level of growth. In hopes of this growth, their dovish or incremental rate hike would have been the right path, to not strangle any improvement.

Some experts believe that in several months, the base interest rate will tip to three per cent, and the incremental hike is crucial as rates cannot be increased too high or abruptly. Doing so may only just be counterproductive and smother the already-shrinking economy in the UK.

The BoE assures that it would stay alert regarding inflation pressures and “will act forcefully if necessary.” The meetings last December, February, March, May, and this month all led to incremental interest bp increases, and it’s clear that there’s no other way it can go but up.

Who has the most benefit from the rate increase, and who receives the most financial impact? It can certainly rile up most Britons to know that bankers receive handsome bonuses amidst the UK economy’s downfall, whilst their financial giveaways from the Chancellors are slowly eaten up by the surging borrowing rates.

High cash savers would benefit from the rate increase too on the condition that their providers pass onto them the base rate. It’s high time for those with high cash savings to invest in stocks and shares and other forms of investments that aim for long-term profits.

On the other hand, new homeowners, unfortunately, take the brunt of the new base rate, except for those who have sealed a property deal locked in a fixed rate before the hike. As Richard Davies, managing director at estate agency chain Chestertons, has said, “We expect the new rate rise to impact particularly on new home owners whose mortgage loan to value is above 75%, those on a variable rate as well as property buyers in London, where the average mortgage value has surpassed £392,000.”

Small businesses have to massively deal with the impact of the rate hike too, especially those that depend on banking or overdraft facilities. Take for example small businesses that prefer to buy their goods in bulk so they can counteract any shortage of their raw materials.

The most radical decision should arise to effectively address the skyrocketing inflation and looming recession. Legend Financial provides financial and taxation updates now and then so you can stay in the loop for the latest news.

Rampant inflation and a looming recession mean the Bank of England has few good options at its disposal. (16 June 2022). Retrieved from Independent: https://www.independent.co.uk/independentpremium/news-analysis/interest-rates-latest-bank-england-inflation-b2102816.html

The Bank of England continues to take it slow with interest rates despite the Federal Reserve’s aggression. (16 June 2022). Retrieved from Independent: https://www.independent.co.uk/independentpremium/business/interest-rates-mortgages-savings-uk-economy-inflation-b2102739.html

Bank of England poised to hike interest rates to 1.25% in battle against inflation. (15 June 2022). Retrieved from Independent: https://www.independent.co.uk/news/business/june-16-bank-of-england-interest-rate-b2102326.html

Bank of England set for fifth straight rate hike as growth and the pound wobble. (15 June 2022). Retrieved from CNBC: https://www.cnbc.com/2022/06/15/bank-of-england-set-for-fifth-straight-rate-hike-as-growth-and-the-pound-wobble.html 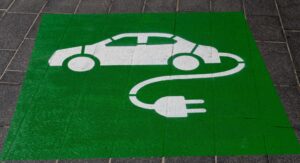 Her Majesty’s Revenue and Customs (HMRC) has confirmed that the VAT on open electric vehicle (EV) charging will remain at 20% after demands for clearness from organizations around decreased rates. 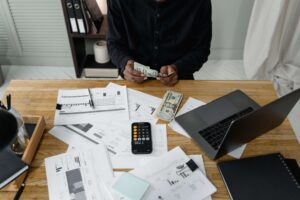 The Furlough Scheme is Changing

UK government has extended the furlough scheme until the end of September. Chancellor Rishi Sunak confirmed the extension during his Budget announcement. 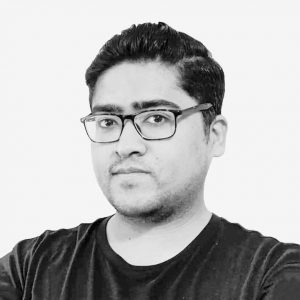 Junaid has been instrumental in the achievement of our success across various regions and he specialises in business management, accounting and tax advisory services.

Faizan is good at providing well-thought-out strategies and solutions to complex problems in Business Development which makes him a proficient overseer of our clients. 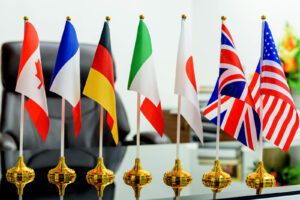 The G7 countries have the richest economies in the world, all of them affected nevertheless by the current global economic issues. 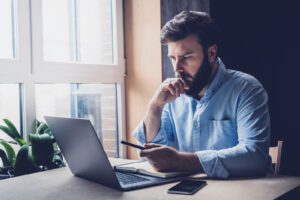 This article features the most important considerations to take a look into when deciding what best accounting software fits one’s business. 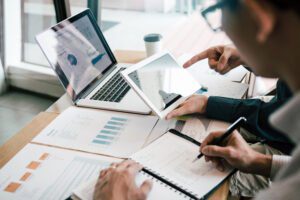 This article points out the different types of mostly used eCommerce accounting software this 2022 and why every eCommerce business needs one. 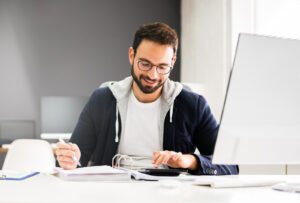 Importance of Accounting for Your eCommerce Business

Accounting has always been the lifeblood of many businesses. Here are things every eCommerce business should know about it, including its types, how it differs from bookkeeping, its purpose, the need for an accountant, what financial records to keep, and how long those records should be kept. 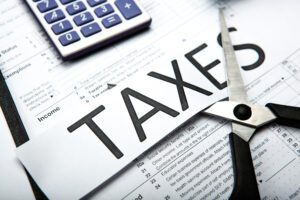 £6 Billion Tax-Cuts of the Decade

To help with the cost of living crisis, the British prime minister Boris Johnson and chancellor Rishi Sunak announced the single biggest tax cuts of the decade, worth £6 billion.

The quickest way from A to B is usually a conversation. So, if you want to find out more about how Legend Financial can boost your business, get in touch. We’ll give straight answers so you can make a confident decision, fast.