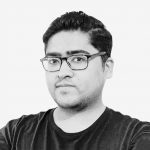 A loved one’s death incurs costs not only for the funeral services but could also be for the Inheritance Tax (IHT). The latest survey says that 3.9% of UK death resulted in an IHT charge amounting to £ 5.2 million.

Little did people know that they can actually plan their IHT which could result in a lesser or possibly no tax at all. By answering the most-asked questions, this article will share with you the fundamental concepts of IHT as well as give you some tips on how to avoid or reduce IHT.

“The latest survey says that 3.9% of UK death resulted in an Inheritance Tax (IHT) charge amounting to £5.2 million.”

What is Inheritance Tax

Inheritance Tax refers to the amount of money that must be paid from passing on the estate of someone who’s died.  An estate refers to the net worth of the person which includes the property, savings, pension funds, and other assets minus the debts and liabilities. The payment should be submitted to HM Revenue and Customs (HMRC).

The executor (a person dealing with the estate) is usually the one who manages one’s estate’s Inheritance Tax to HM Revenue and Customs. People who inherit the estate that are part of the list of tax exemptions normally pay the tax in other means like income tax from rental, capital gains tax from selling the property or other inherited assets, etc.

“People who inherit the estate that is part of the list of the tax exemptions normally pay the tax in other means.”

How much is Inheritance Tax

What is the Inheritance Tax Threshold

However, there’s a special rule to this; if the estate is passed on death to the direct descendants, there will be an additional Nil-Rate Band of £175,000 (additional amount for 2020-2021 tax year) and it will then be increased in line with Consumer Price Index from 2021-2022 onwards.

A threshold can increase to £500,000 if the estate, specifically a person’s home, will be passed on to the person’s children provided that the market value of the property is not more than £2,000,000. This extra threshold is known as the Residence Nil Rate Band (RNRB). However, if the estate is worth more than £2,000,000, £1 will be lost for every £2 worth of market value.

A threshold can be up to £1,000,000 for a person who’s married or in a civil partnership since any unused threshold of one partner can be added to his partner’s threshold. The surviving partner can claim the additional threshold on the deceased of their partner. The extra transferable threshold is known as the Transferable Nil Rate Band (TNRB). 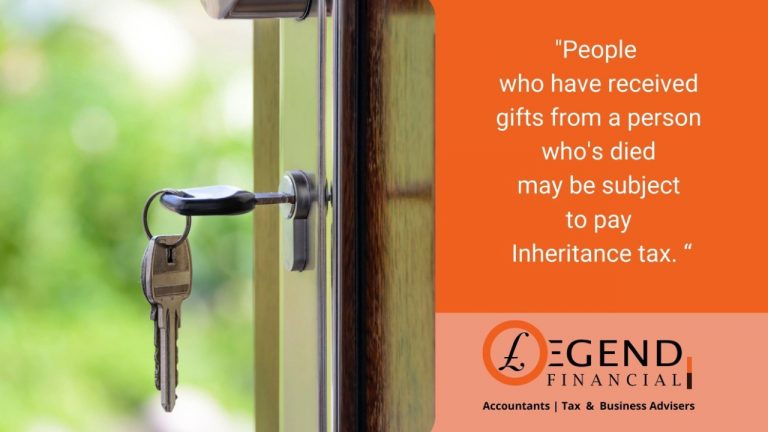 What is Inheritance Tax Rate

Forty percent (40%) is the maximum Inheritance Tax Rate. It means that any amount of estate above a given threshold can be charged up to 40%. However, it can be reduced to a 36% rate if the person leaves at least 10% of the estate to a charity.

People who have received gifts from a person who’s died may be subject to pay IHT. However, it is only applicable if the deceased person gave away gifts of more than £ 325,000 and die within 7 years. Gifts refer to anything that has value such as money, properties, etc.

The table below shows the corresponding IHT rates to the number of years before the person died.

where x= number of years when the gift was received with respect to the year when the person who gave the gift died.

John’s older sister has no IHT to pay since the amount of gift she received is within the threshold. After deducting £ 280,000, there is only a £ 45,000 threshold left. It means that any further gift that John has given beyond £ 45,000 will be subject to charge.

How to Avoid Inheritance Tax

There are exemptions of IHT:

• There is no Inheritance Tax for small gifts (anniversary, birthday, etc.) that a person makes out of his normal income.

• There is no IHT on gifts between spouses or civil partners provided that their partners are permanently dwelling in the UK. 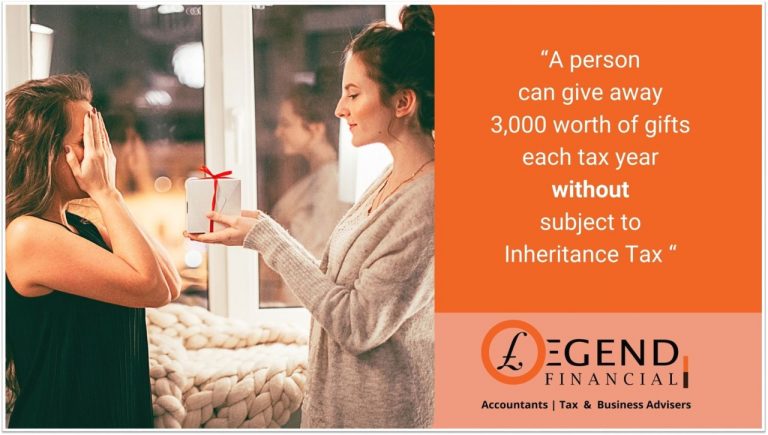 • No Inheritance Tax for gifts to political parties and charities

• No IHT for gifts of up to £250 per person provided that no other exemption was applied to the same person.

When Do You Pay Inheritance Tax

Inheritance Tax should be paid 6 months after the death of the person. Interest will be charged if not paid on the expected date.

How to Pay Inheritance Tax

A payment reference number is needed to begin the process of the payment. It is advised to get the reference number from HMRC at least three weeks before making a payment. There is a traditional process set by the UK government on how to pay IHT.

However, our team of experts here in Legend Financial can help you in planning and processing the IHT from step 1 up until the last step. Talk with one of our legends by tapping the button below. 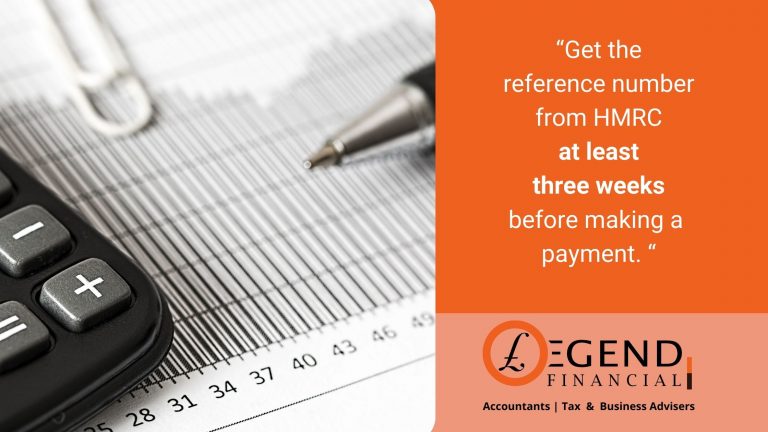 Inheritance Tax is quite complex as it seems, but if you only know how to manage and are fully aware of the tips and tricks, you can save more than you could imagine.

If you want to know more about Inheritance Tax, shoot us a message or schedule a meeting with us. Our team would be more than happy to help you on this matter. If you have questions on what was discussed on the article, kindly give a comment below, we’ll reply to your inquiry as soon as possible.